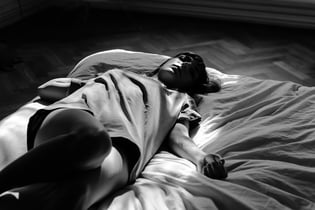 Imagine waking up in the middle of the night with a dark show standing near you, holding you down, and making you incapable of moving or even speaking.

It might sound like a horror movie scene but it’s known as sleep paralysis, a waking nightmare for most people.

During sleep paralysis, you feel an odd electricity sensation through your whole body.

Although it only lasts for a couple of minutes, it’s still is a scary experience for some.

You feel like being unconscious and your body can’t move whether you’re either trying to fall asleep or trying to wake up.

If someone is falling asleep in a normal condition, their body usually becomes unaware of any changes that happen to their body.

Alternatively, your muscles are usually turned off during the cycle of REM sleep.

And if someone is suffering from sleep paralysis, their mind becomes aware during the end of their REM sleep cycle, which makes them incapable of moving their body at that moment.

Although sleep paralysis might come across as a rare scary scenario, it’s actually a relatively common condition that people suffer from.

Matter of fact, according to Prevalence of Sleep Paralysis, there are more than 30 studies conducted on sleep paralysis resulting in a sample size of over 36,000 people. And through that, they found out that roughly 8% of people are experiencing sleep paralysis. 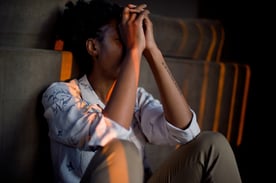 When you’re waking up or falling asleep, you’ll be unable to move or speak in less than a minute or two.

Some people have also reported having hallucinations and feeling a mild choking sensation on them.

In fact, it was thought that sleep paralysis was caused by demons holding people down because of these symptoms that people reported in the past.

But these hallucinations and choking feeling that they commonly experienced are simply because of the state of their brain during REM sleep.

If you’re one of those people who’ve experienced sleep paralysis before, you might find it shocking that the hallucination you had was exactly the same as other people whose suffering from sleep paralysis.

Although sleep paralysis might come across as a supernatural condition, there’s actually a logical explanation behind it.

According to a research in Consciousness and Cognition, there are actually 3 types of sleep paralysis hallucinations:

According to Cheyne, Rueffer, and Newby-Clark of Consciousness and Cognition, the intruder that you see or feel during the stage of sleep paralysis is caused by the hypervigilant state in your midbrain.

Incubus is often described as choking or a pressure sensation on the chest that results to breathing difficulties and chest pains.

As you go through the REM stage, you’ll feel effects of hyperpolarization of motoneurons on perceptions of respiration.  A sensation where you may feel like someone is holding on to your muscles especially on your chest.

Sufferers of sleep paralysis experience a floating out-of-body feeling of bliss and the main reason for this is because you’re awake.

A part of your brain in the centres of your brainstem is responsible for regulating your sleeping and waking cycle.

This part of your brain then connects your body to the external world which often results in said ‘unusual bodily experiences’ during your sleep.

So, if you’re new to sleep paralysis, you must keep in mind that understanding how your brain works will help you calm down and make a sleep paralysis episode less terrifying. 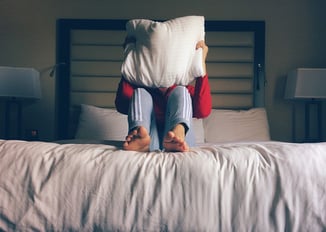 We all know how terrifying sleep paralysis can be, especially if you’ve never experienced it before.

But don’t be afraid, the most important thing to remember is to stay calm and realise the fact that it’ll only last for a minute or two.

Don’t panic, try to regulate your breathing, and focus your attention on something else like moving your finger or toe.

The best thing to do is to remind yourself that everything is just a hallucination, that it’s a normal condition that different people experience.

The bad news is that there is no treatment for sleep paralysis. Prevention is the key!

To completely prevent sleep paralysis from occurring during your sleep, you need to improve your sleep hygiene.

Here are some great tips to do in order to prevent sleep paralysis from happening:

According to any doctors, sleep paralysis is something that you shouldn’t be worried about. It’s simply a sign indicating that your body is transitioning through sleep.

However, if your experiencing sleep paralysis frequently then it’s important to go see your doctor or book an in-home sleep study to find out the underlying cause of your sleep disorder problem.