Why and How Your Genes Could Be Affecting Your Sleep

Not surprisingly, scientists have been working hard to solve the mysteries of sleep for a long time. There are countless sleeping disorders including narcolepsy, sleep apnea, insomnia, snoring... the list goes on. But what you might not know is that your genes may be the reason why you’re having trouble sleeping at night.

Here are a few studies that show how genes may affect your sleeping problems: 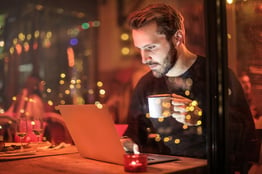 that being an early bird or a night owl can actually be linked to a gene mutation. It can cause your circadian or your internal body clock to run slowly resulting in either staying up really late at night or rising early every single day. And it's because of this that you may be losing more than two hours of sleep  every night.

One of the most common types of circadian rhythm sleep disorder is Delayed Sleep Phase Disorder (DSPD). This disorder affects about 10% of the world’s population. You may suffer from DSPD if you’re experiencing the following symptoms:

• You are unable to fall asleep between 2 am and 6 am,
• You sleep longer during the daytime, or
• You have long afternoon naps. 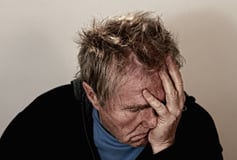 Another study where genes may be affecting sleep is led by Jason Gerstner, Assistant Research Professor at Washington State University’s Elson S. Floyd College of Medicine. Mr. Gerstner and his team tested the gene FABP7. They found that mice with a knocked out FABP7 gene slept more irregularly compared to mice with the gene intact.

Jason and his team then looked at data from a seven-day sleep study from 300 Japanese people. 29 of them had a variant of the gene responsible for the production of FABP7. Similar to the mice, they also experienced a series of waking events during the night.

In another study using naturally bred fruit flies, Susan Harbison, Ph.D., an investigator in the Laboratory of Systems 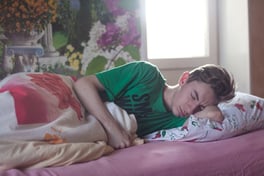 Genetics at the National Heart, Lung and Blood Institute identified differences between a group of genes. And, those differences explain why some people need less sleep while others need a lot more.

To produce a group of long sleepers (sleeping 18 hours a day) and short sleepers (sleeping 3 hours a day), Ms. Harbison and her team artificially bred 13 generations of wild fruit flies. They then studied the flies and discovered new proof of how genes and sleep duration are linked to a wide variety of biological processes.

These 3 studies show genes have a big impact on sleep. However, there are still far more discoveries to make about the mysteries of sleep.