Snoring: Is Snoring A Female Problem? 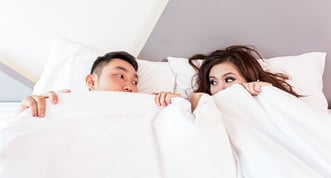 Loud snoring is a common problem that male face even in their younger years.

But snoring is not limited to the male gender only, matter of fact, many women snore once they hit the stage of menopause.

Let’s take a look at the common reasons behind snoring and why menopause has such a major effect on it.

The Link Between Snoring and Menopause

The distinction in snoring among gender boils down to the natural differences in their lung size and respiratory capacity to function. For women, their upper airway is slightly bigger and their airway walls are less flexible than men. Thus, resulting in one of the reasons why men are more prone to snoring than women. But all of these changes when menopause hits.

What most people don't know is that the phase of your breathing differs during your menstrual cycle.  Which is why the oestrogen and progesterone hormones play a vital role in your snoring problem.

Matter of fact, according to a study published in the journal of The North American Menopause Society (NAMS), the link between Obstructive Sleep Apnoea (OSA) and menopause occurs.

According to research, OSA usually transpires during women’s menopause stage. It is a relatively more of a female problem for it occurs often as women age and gains weight during their perimenopause and post-menopause stage. 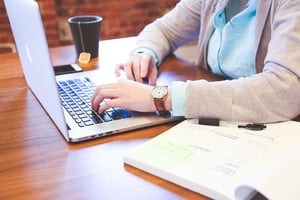 What Can You Do?

The most important thing is to identify the underlying cause of your snoring. For it can be a sign of something more serious like sleep apnoea and other sleep disorder problem.

Which can often lead to various health issues and problems including depression, stroke, heart disease, and even death.

Do something for yourself today. Take our free self-assessment questionnaire now to find out if you’re suffering from any serious sleep disorder.