Snoring And Apnoea Linked To Obesity

Obesity Is One Result of Apnoea

It’s long been recognised that overweight people are more likely to suffer from a sleep disordered breathing (SDB) condition — but there is a growing body of high quality evidence which suggests that it might actually be the other way around.  That is, instead of it being ‘fat people snore’ … it could actually be ‘snoring people get fat’. 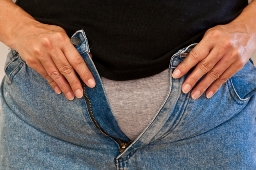 Worse still, there is clear evidence that sleep disordered breathing is a significant contributor to hypertension (high blood pressure) and type 2 diabetes.

In one extremely well written paper, by Dr Ralph Pascualy of the Swedish Sleep Medicine Institute, the link between the conditions is explained thus:

Sleep debt alone is reported to result in impaired glucose effectiveness similar to that found in non-insulin-dependent diabetics.  Severe OSA significantly influences plasma insulin and glycemia and may increase the risk of diabetes independently of obesity. Not all OSA patients are obese; however, insulin resistance is found in both obese and non-obese OSA patients. Blood pressure and fasting insulin correlate closely with both BMI and the severity of OSA. Thus, both the sleep debt and the sympathetic activation that accompany OSA may speed the deterioration of glucose tolerance. Insulin resistance and hyperinsulinemia lead to further sympathetic activation, thus completing the circle of obesity, diabetes, hypertension, and the related metabolic abnormalities.”

The bottom line, as always, is snoring and sleep apnoea are harmful.  They might be common conditions, but that doesn't mean they are 'normal'.  If you snore or suffer from sleep apnoea, or know someone who does ... get treatment.  At the very least, arrange a diagnostic sleep study so you can be sure you know what condition you're dealing with.

Treatment of any underlying sleep disordered breathing condition will have an immediate and positive impact on your health and wellbeing.  And, as an added benefit, your metabolism will start to function properly again - so you'll find it easier to lose weight at the same time as you stop sleep badly.